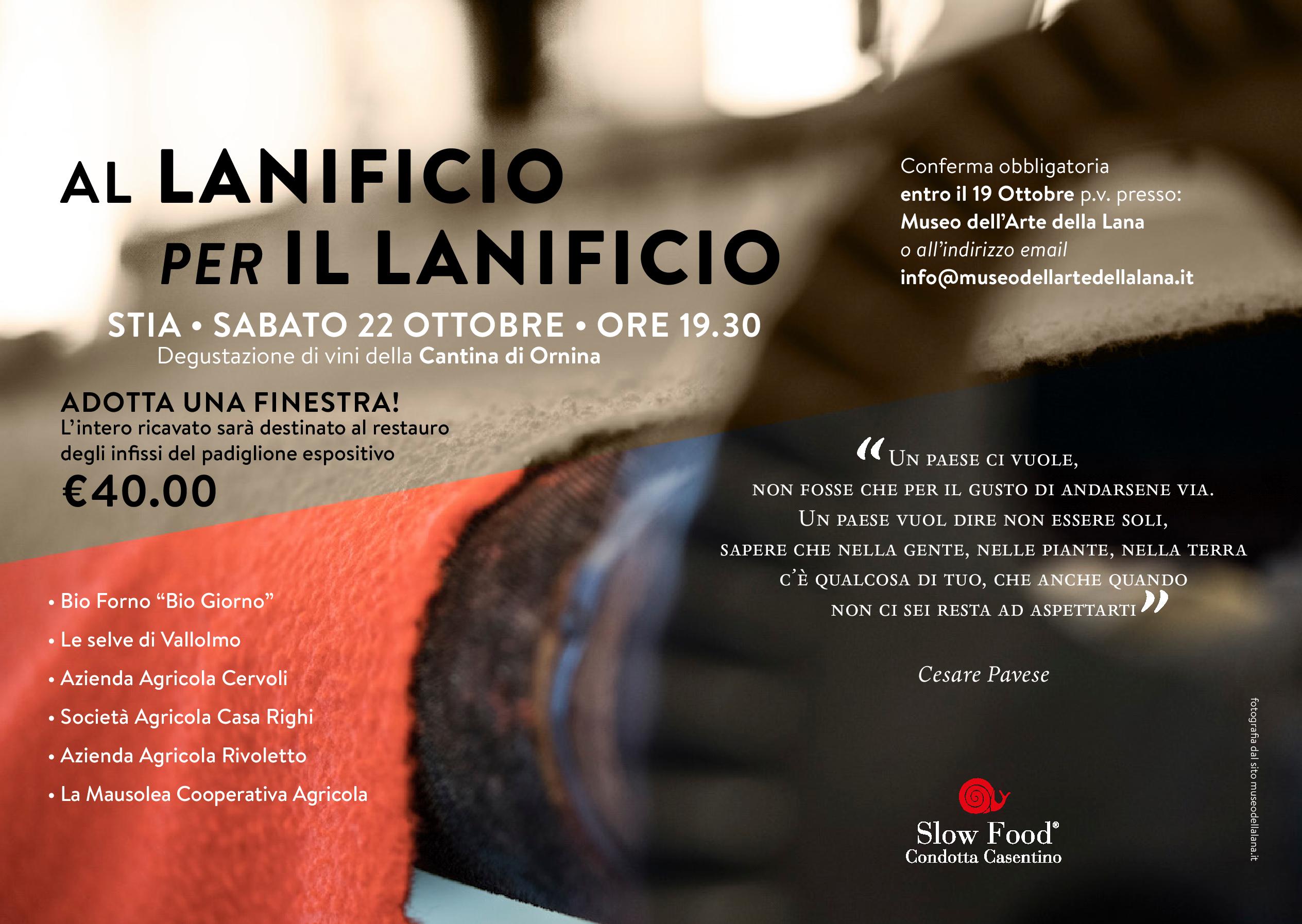 "At Lanificio for the Lanificio, adopt a window", was the first of a series of initiatives aimed at raising funds for the restoration of the fixtures of the exhibition pavilion, better known as Salone a Volta of the Lanificio di Stia, which took place on Saturday October 22nd 2016 at the Museo dell'Arte della Lana in Stia. The tasting of wines and typical products of the territory, followed by a guided tour of the Museo dell'Arte della Lana, has seen the participation of many Casentinesi whose contribution will allow the restoration of three windows and the realization of the new exit door safety. "Adopt a window",

the slogan chosen for the event, was a good omen. The goal, in fact, has been reached and exceeded thanks to the generosity of the participants. The proceeds, € 1,975, will be entirely donated to the restoration of the fixtures of the Salone a Volta of the Lanificio di Stia, which has for some years now been the privileged place for the main events in Stiana. Within its walls there is the exhibition of the European Biennial of Art Fabbrile, the exhibition market dedicated to new oil and wine "Vinolionovo", the event dedicated to the world of organic "Living Bio", the exhibition market of artisans "A doing things well ... It takes the time it takes "and numerous art exhibitions. The Salone has a surface that exceeds one thousand square meters. A large space with a still partly unexpressed potential, whose characteristics would allow the reception of large public and private events throughout the year. To allow this to happen, the Salone needs some interventions, the most urgent of which is the restoration of the fixtures, which are eighteen. The Lanificio has been the engine of the country's economic and social development for many decades, has marked the days, habits, customs and has contributed to the creation of that sense of solidarity and cohesion that distinguishes the community of Stia. Today the Museo dell'Arte della Lana collects and preserves a part of that precious legacy that represents an important piece of the history of the whole Casentino. The completion of the restoration of the Salone a Volta will allow the provision of those spaces throughout the year by returning the country, and the new generations, a place of socialization and cultural growth, full of charm and certainly unique charm.

In light of the success of this first found raising event in the coming months, other initiatives will be organized with the same purpose. Because the Lanificio does not represent only the past and the history but is also the place of the present and of the future. The "Luigi and Simonetta Lombard" Foundation thanks the many people who participated in the beautiful evening. 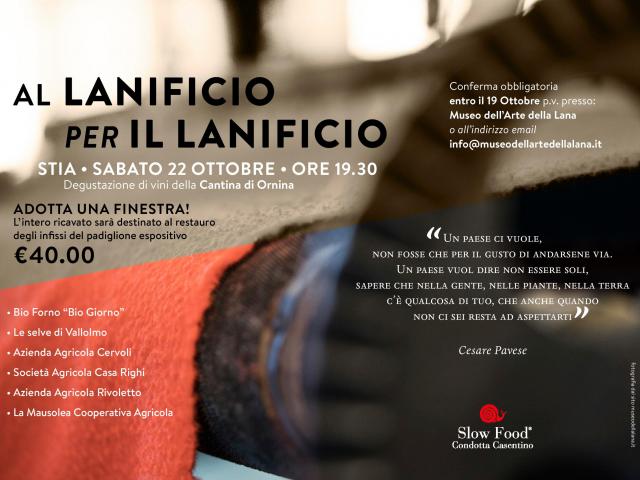